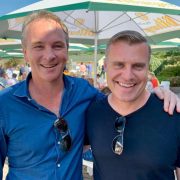 He’s not on the shuttle list, but the young British-based, German-bred stallion Sea The Moon is already on the radar of some shrewd Australian buyers.

During August a new name on the sires’ list in Australia appeared three times alongside maiden winners, that of the 11-length G1 Deutsches Derby winner Sea The Moon (Ger) (Sea The Stars {Ire}).

The appeal of German bloodstock is nothing new, in Australia or anywhere else in the world. It is a breeding nation with a reputation for high standards when it comes to producing tough, sound, predominantly middle-distance stock, and the country’s bloodlines are found at the heart of many a decent family in the studbook.

In Europe at present there is hardly a family more prolific than that of Urban Sea (USA) (Miswaki {USA}). Her dam Allegretta (GB), though foaled and raced in Britain before being sold for an illustrious stud career in America, was German through and through, from a family which has its roots at the 150-year-old Gestut Schlenderhan.

The same stud was also home to the pre-eminent stallion in recent German history, Monsun (Ger), whose Australian influence extends to him being the sire of the Melbourne Cup winners Fiorente(Ire), Protectionist (Ger) and Almandin (Ger) – the latter bred at Schlenderhan. 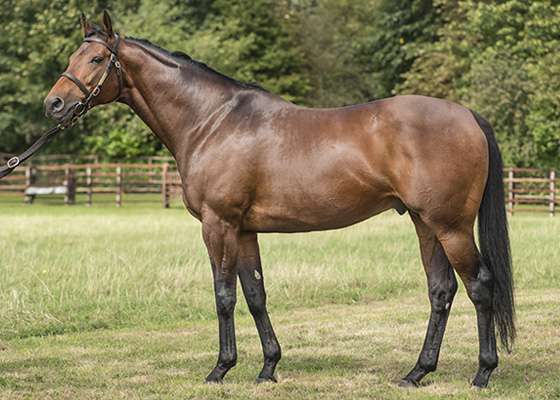 In Sea The Moon, we find not only Urban Sea’s influence via her son, the outstanding Derby and Arc winner Sea The Stars, a half-brother to Europe’s multiple champion sire Galileo (Ire), but his female line is no less celebrated. He is out of the Monsun mare Sanwa (Ger), who has three Classic-winning full-siblings in Samum (Ger), Schiaparelli (Ger) and Salve Regina (Ger). In short, Sea The Moon owns a pedigree dripping with class and, on the face of it, one replete with stamina.

“I sense that people think of Sea The Moon as an extreme stayer, but he himself only went a mile and a half for the first time in the German Derby,” says Kirsten Rausing, who stands him on behalf of owner-breeders Heike Bischoff and Niko Lafrentz of Gestut Gorlsdorf.

A former chairman of the Thoroughbred Breeders’ Association among a number of roles within the British breeding industry, the Swedish-born Rausing owns Lanwades Stud just outside Newmarket, which is also home to Derby winner Sir Percy (GB) and the young Kitten’s Joy (USA) stallion Bobby’s Kitten (USA), while previous residents have included Selkirk (USA), Hernando (Fr) and Archipenko(USA).

In his native country, Sea The Moon became not only the champion first season sire of 2018 but also the leading sire of 2-year-olds. Across Europe, he had 16 individual juvenile winners last year and two group winners.

“People were surprised with the number of 2-year-old winners he had in his first crop, especially with the mares he covered.” – Kirsten Rausing

“Half of them were German and even my own Alba Stella (GB) went a mile and three-quarters (2800 metres) and she bred a 2-year-old winner by him. This is the mysterious thing about Sea The Moon – there is an element of speed, not readily apparent where it comes from, but he is able sometimes to inject unexpected speed in his progeny. The filly Chitra (GB) has won five races, never over farther than six furlongs (1200 metres).”

Among those Australian buyers to latch on to Sea The Moon early in his stud career was Peter Moody, who bought two of his first-crop foals at Tattersalls.

3-year-olds by Northern Hemisphere time, both are now winners as 4-year-olds in Australia, with the David Brideoake-trained Cernan (GB) having won a maiden at Warrnambool on August 8, followed a week later by Shepard (GB), a winner at Sale for the same stable.

Sea The Moon’s first Australian winner came on August 2 when Blast Off (GB), formerly known as Succendam, a €140,000 yearling purchase at the Goffs Orby Sale by Justin Bahen and Orbis Bloodstock, won over 1600 metres at Wyong.

Bahen back for more

At the BBAG yearling sale in Germany last week, Justin Bahen was back in action in pursuit of another Sea The Moon colt, which he purchased in partnership with Brad Spicer. The Spicer Thoroughbreds manager is another whose previous experience has left him positively predisposed towards the stallion. 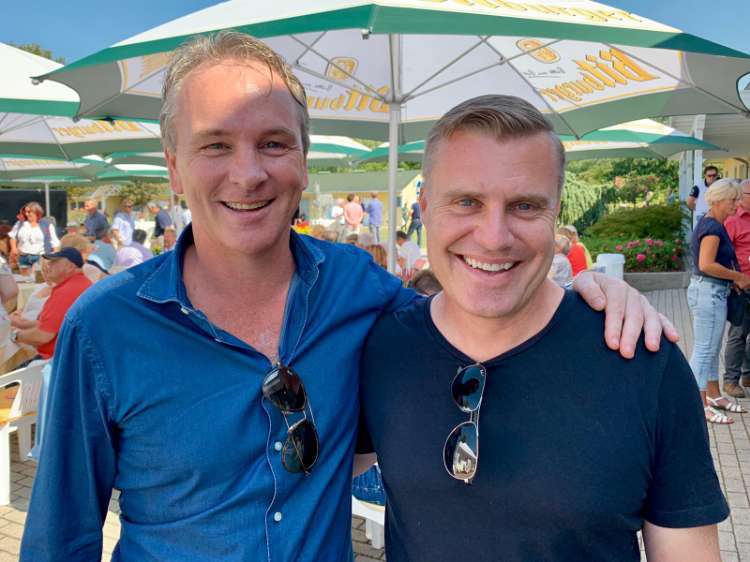 “We’re really happy with the colt so far and this one we just bought was a target colt for us. We had earmarked him and we were always going to go pretty hard on him so it was lovely to secure him.”

Australian Bloodstock and Power Thoroughbreds also came away with a filly by Sea The Moon (lot 170), a half-sister to the G1 Preis der Diana (German Oaks) winner Turfdonna (Ger) (Doyen {GB}), bought for €110,000. 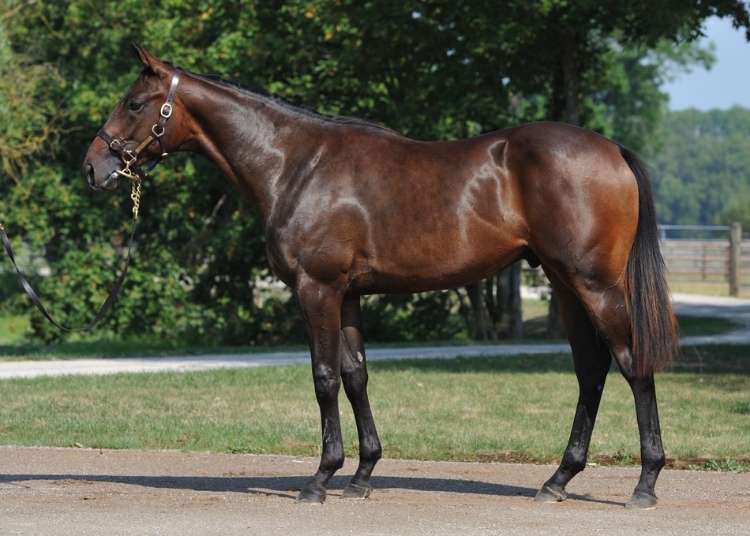 As the sums changing hands for horses with proven middle-distance form continues to rise, buying yearlings or foals may well be a more cost-effective way to dip into some European stamina, and this is the only way Australian interests will be able to get involved with Sea The Moon.

“Sea The Moon will never shuttle, so if Australians want his stock they will have to come here,” Rausing says. “However, he may well cover mares to Southern Hemisphere time here. It’s great that he has been noticed by Australian buyers. We are thrilled, and long may it last. He usually throws a nice individual and that makes it easier.”

“Sea The Moon will never shuttle, so if Australians want his stock they will have to come here.” – Kirsten Rausing

With Sea The Stars – another non-shuttler – already the sire of black-type winners in Australia from limited numbers, such as G1 Sydney Cup winner Shraaoh (Ire), Fifty Stars (Ire), Oceanographer (GB) and Tall Ship (Ire), it would be no surprise to see his son also represented in stakes class before too long.