Le Don De Vie completed the European-end of his Caulfield and Melbourne Cups campaign with some clever placement to win the Listed August Stakes (2300m) at Windsor (UK) on Saturday.

Spicer Thoroughbreds has a shareholding in the Hughie Morrison-trained galloper – looked upon as having similarities to Marmelo, who flirted with Cup success when runner-up to Cross Counter in 2018 – and were delighted to see him cement his ticket down under later this month. 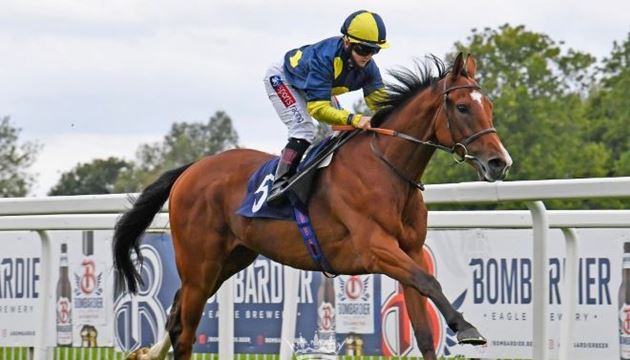 Le Don De Vie has a habit of racing keenly and there was some skepticism about him on a rain-affected surface but the doubters need not have been concerned as he won by 1-¼ lengths and, according to winning jockey Holly Doyle, “he was strong on the liner and could have kept going another lap.”

Morrison was quite upbeat, given the horse over-raced for the first 1600m. Having gone to the front 400m from ther winning post, Morrison was adamant Le Don De Vie “wouldn’t have blown a candle out” on return to the winner’s enclosure.

“I love when a plan comes together,” Brad Spicer said, confident that the Windsor victory should see Le Don De Vie handicapped around 52kg-52.5kg, which should see him make the cut in both Australian targets.

A decision on which trainer will take over his preparation is still to be made, likewise a jockey.

Tweets by @SpicerTbreds
Great to see Fred break through