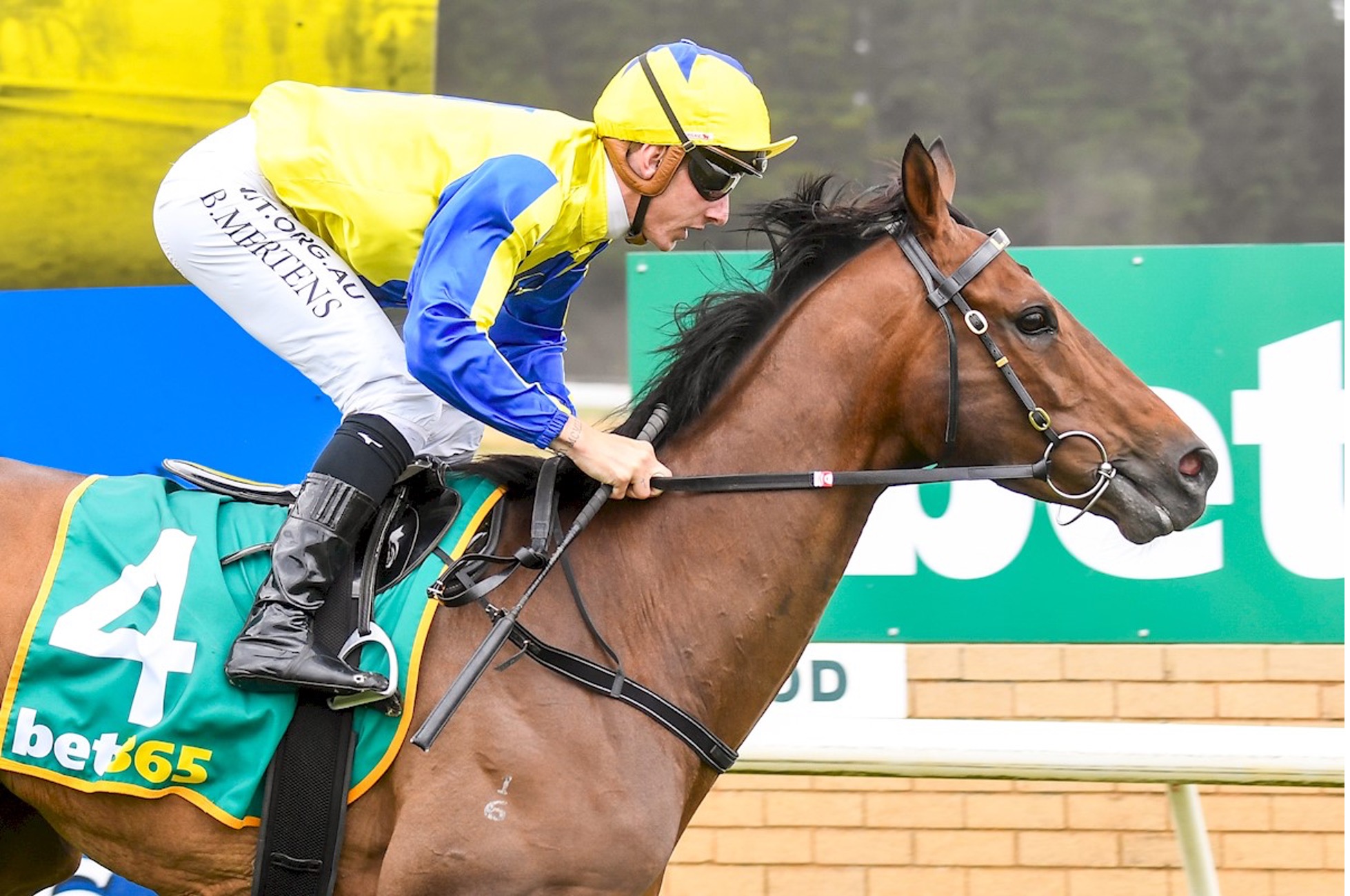 (above) Rudhyar (Beau Mertens) romps home at Colac on December 19.

Spicer Thoroughbreds regards its 2018 foray into the northern hemisphere yearling market as the catalyst for the highlights of 2020 – the two purchases registering their first wins at the back end of the year.

“We’ve had two purchases from the Tattersalls Sale go to the races and we’re batting at a 100 per cent success rate,” Brad Spicer said.

RUDHYAR (Sea The Stars-Bright Halo) and FEUERMOND (Sea The Moon-Frau Anna) were sent to Australia so as to adapt to our sunburnt country.

Brought along patiently, the staying hopefuls never once disappointed those that handled them. It would only be a matter of time and exposure to races at and beyond a middle distance for the pair to excel.

Feuermond excelled, breaking his maiden status at just his second start – over 1850m at Terang on December 9. He showed plenty of grit backing up eight days later at Warrnambool to score over 2000m jumping to a Bench Mark 64 race.

The intention is to send him to Flemington on January 1 to contest a Bench Mark 70 over 2000m.

So as to save them from clashing, Rudhyar did not get beyond 1400m until his third start. He relished getting over 2000m at Colac on December 19, that he raced no better than three-wide without cover proved no hassle.

Jockey Beau Mertens had plenty of horse under him and from the outside barrier in the field of nine, preferred to have Rudhyar race where he was comfortable and plenty of galloping room.

Rudhyar makes his next appearance at Caulfield in a Bench Mark 70 over 2400m on January 2.