IT’S A KINDA MAGIC NOW SNAPDANCER RUNS FOR A MILLION

IT’S A KINDA MAGIC NOW SNAPDANCER RUNS FOR A MILLION

Excitement is building in the Snapdancer camp after the mare rocketed into contention on a grand scale for next month’s $1 million Magic Millions Fillies and Mares (1300m) at the Gold Coast.

Following a decisive victory on Ballarat Cup Day on November 21, the chestnut four-year-old rose to a new level, posting one of the fastest ever 1200m times at Randwick – falling just short of the course record set by Yes Yes Yes in winning The Everest of 2019.

“All the winners were posting quick times on the last Saturday. She gave us the impression she might get a ‘mile’ but, like her sire, she is a sprinter,” Spicer Thoroughbreds boss, Brad Spicer said.

“It just seems she is at her best kept fresh with a few weeks between runs.”

Trainer Ciaron Maher said Snapdancer had been stretched out in distance earlier in her brief career but agreed it would be silly not to agree that she is a sprinter.

Spicer said it was likely Snapdancer would have a barrier trial almost two weeks out from the January 16 race.

Winning jockey Hugh Bowman gave Snapdancer a peach of a ride, trailing those set the task to goafter the tearaway leader Miss Invincible, though he preferred to signal it was all apples with his familiar gesture of raising his fingers to his lips. 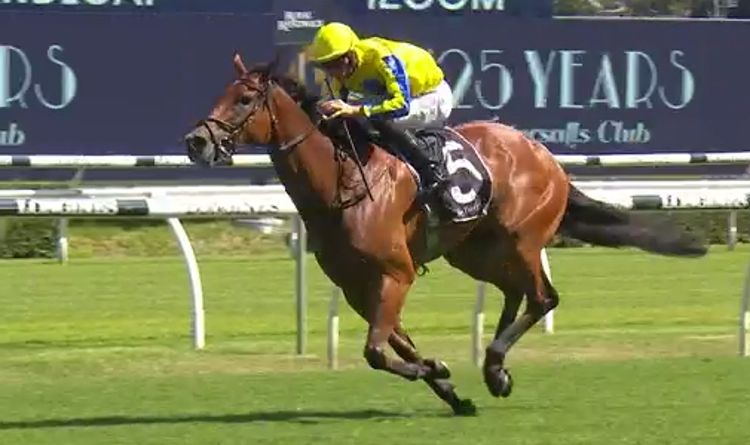