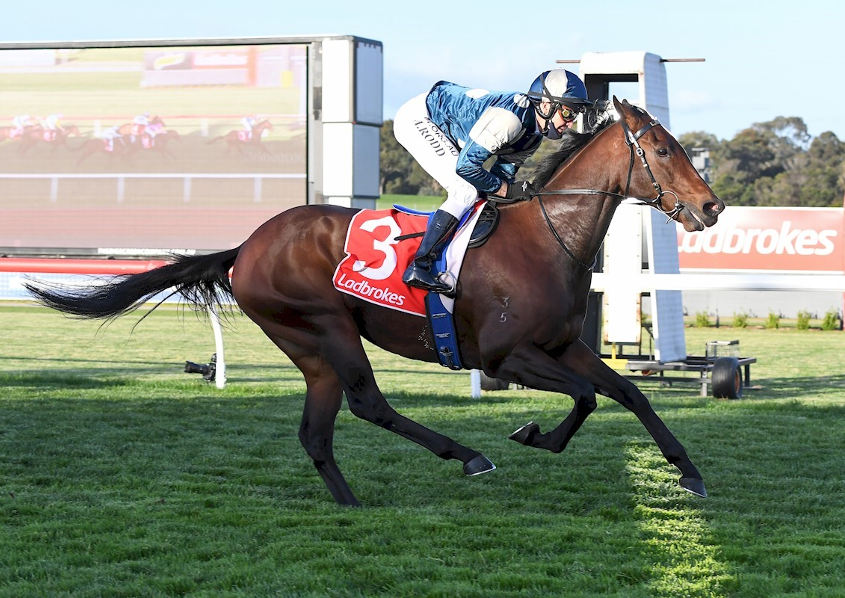 Spicer Thoroughbreds are aligned with another talented European stayer in the form of Le Baol, who made an impressive Australian debut at Sandown on September 9.

The best lays ahead for the Northern Hemisphere four-year-old, who will work through his grades to improve his rating, ahead of some rich spring targets next year.

In similar fashion to Le Do De Vie, a banner horse for Ozzie Kheir and his partners, Spicer Thoroughbreds we were able to team up 12 months ago to secure the son of Orpen.

Le Baol stayed to race on with trainer Hughie Morrison, who prepared Marmelo for the core ownership  group. A couple of setbacks leading into the carnival at Ascot this year, saw a decision taken to move him over to Lindsey Smith for a spring campaign.

Smith had been taken by the quality Le Baol displayed and knew the newcomer to his Warrnambool base when putting the writing on the wall with an impressive trial at Casterton just recently.

That display inspired plenty of confidence that he was going to be ultra-competitive over the 1800 metres at Sandown.

“We couldn’t have predicted how impressive he was. Michael Rodd was so cool on him and went to the line with plenty in hand,“ Brad Spicer said.

“He still has a rating that gives us some very good options and possibly scout around the edges of some second or third tier staying races before this preparation is over.

“Hopefully he can step up at this time next year as a legitimate Cups horse.”

Tweets by @SpicerTbreds
Winners Win & How Womantic is a Winner