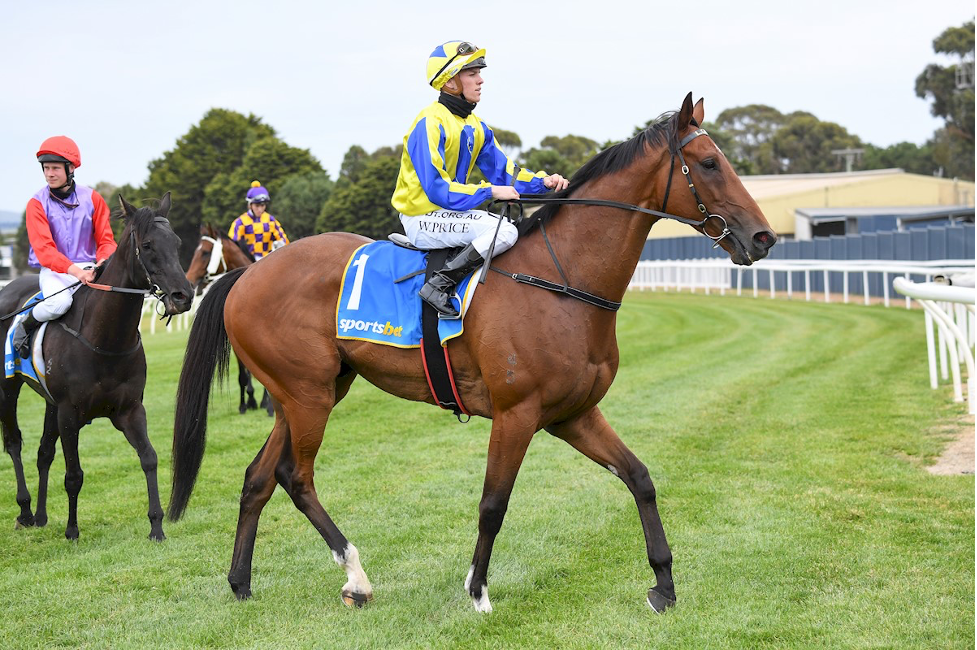 New Zealand recruit Riding The Wave has taken the first of two giant leaps that can thrust the  five-year-old into Group competition at Flemington’s on New Year’s Day.

A thrilling last-to-first performance resulted in Riding The Wave’s first Australian victory at just his second start since crossing the ditch at Ballarat on November 21.

Victory there will establish a higher rating for Riding The Wave that will open up the $160,000 Group 3 Standish Handicap (1200m) on January 1.

“He’ll reach top grade, no doubt. I wouldn’t mind seeing him in a race like the Standish … I think that it would be a good race for him,” trainer Lindsay Smith told Racing.com in a post-race interview.

“We were fortunate enough that Nigel Tiley, his New Zealand trainer, entrusted Lindsey and myself to manage Riding The Wave here in Australia, and that impressive win certainly backed up the big opinion connections had of him back him in New Zealand,” Spicer said.

“He is a hulking 17 hands, hence he is a lightly-raced and a real credit to Nigel with regard to the patience he has shown in bringing him along before putting too much pressure on him.”

Now to Snap a Million, That Would Be Magic
Horse Updates
Scroll to top