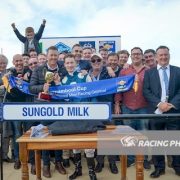 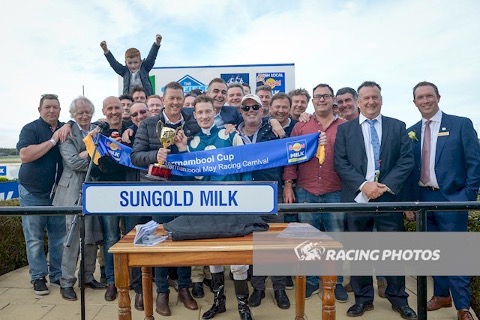 There is no more joyous scene than that of a large group of owners reveling in a moment of sheer bliss, generated when their horse is triumphant.

Brad Spicer has experienced the euphoria associated with victories at all levels under his Spicer Thoroughbreds banner.  With an eclectic group of owners that have won Australia’s richest races, they celebrated success with imported galloper Le Don De Vie in the Warrnambool Cup earlier this month.

“It was great to be a part of a good group to win the Warrnambool Cup with our import Le Don De Vie.  He certainly showed his class, carrying topweight, and treated his rivals with contempt, clearing out for a stylish win,” Spicer said.

“He was originally purchased with a Royal Ascot start in mind during their 2020 carnival but when COVID-19 hit and racing shut down in England, he was rushed out to Oz. He was a terrific second at his Australian debut in the Geelong Cup.

“His impressive win has now earned him a trip north for the Queensland carnival and he has now passed the ballot for the Caulfield and Melbourne Cups, which could come on the agenda with some natural improvement.”

Le Don De Vie will have two starts including the Group 2 Brisbane Cup (2400m) on the Queen’s Birthday weekend.

Tweets by @SpicerTbreds
FREDERICK GETS GREATER