KISSINGER IS FLYING HEADING INTO 2021 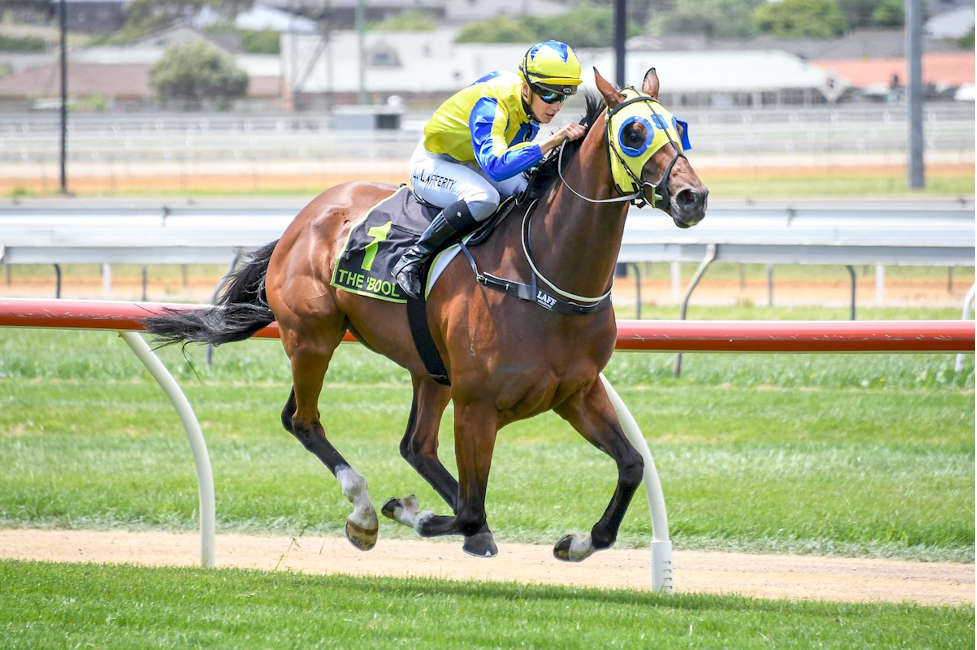 That was one way to describe Kissinger, captured in full flight winning at Warrnambool on November 29.

The Kiwi galloper has won twice at his home track since transferring to trainer Lindsey Smith under the management of Spicer Thoroughbreds. In between those victories was a gritty third at Flemington during Cup week.

Smith thought Kissinger’s victory on the Jericho Cup undercard was full of merit, made to work from a wide barrier as the field ran along at a strong tempo.

Owned in similar interests to impressive Ballarat winner Riding The Wave, Kissinger had been identified as a promising type with the benefit of time. After just eight starts. Five-year-old has been well placed and recorded four wins.

“We were very fortunate Nigel Tiley was downsizing and we were able to purchase part of him,” Brad Spicer said.

“Nigel said both horses would have a good future in Australia where they can run for decent prize money and, so far, he has been 100 per cent correct.

“After being very unlucky at Flemington over the carnival, Kissinger was sent out at the Bool today to really pick up some rating points, as we have some plans of better races in 2021,” he said.

“His rating (75) is still down low so we want to give him some confidence and also make sure when we come back in the autumn, we can get him into some better metro races.”

Smith has the Terang Cup in January as a potential target while the Warrnambool Cup in May is a long-term goal.

Tweets by @SpicerTbreds
SHE’S A KEEPA