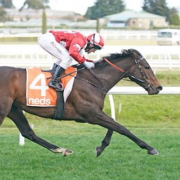 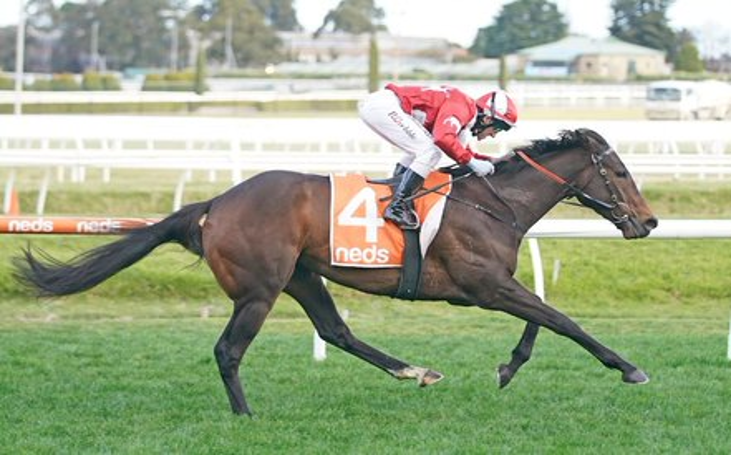 Sacred Palace, an impressive winner at Caulfield on Saturday (July 24), rounded out a meticulous plan drafted by Spicer Thoroughbreds, which purchased the three-year-old in early 2021 from New Zealand to target the winter months that form the back end of the Melbourne metropolitan season.

“We purchased him from Raffles Racing in New Zealand, who are great breeders and in fact raced Sacred Palace’s sire Sacred Falls, who was a dual winner of the Doncaster and Mile and a three-time Group 1 winner,” Brad Spicer said.

“He only had a handful of starts and showed good ability, but wasn’t switched right on in his races. He just needed the penny to drop. Trainer Lindsey Smith has done a great job working this boy out.

“It’s a real credit to that beach training set-up which has seen Sacred Palace improve all throughout his preparation. He’s been quite unlucky and could of easily won 4 races this prep, just his racing pattern has conspired against him.”

A get back, run-on type that really lends itself to needing clear running in the latter stages of a race, Sacred Palace illustrated his effectiveness when ridden that way at Caulfield by jockey Brett Prebble –content to cover ground so long as his mount could blend into the finish.

“He’s on an upward climb. He’s a really enjoyable ride, he travels strong and gives you a lovely kick when you want it,” Prebble, the beneficiary of regular rider Declan Bates’ suspension, said.

Spicer said Lindsey Smith will spell him now as he has had a long prep and get ready for his 4 year old season. 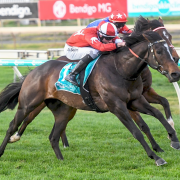 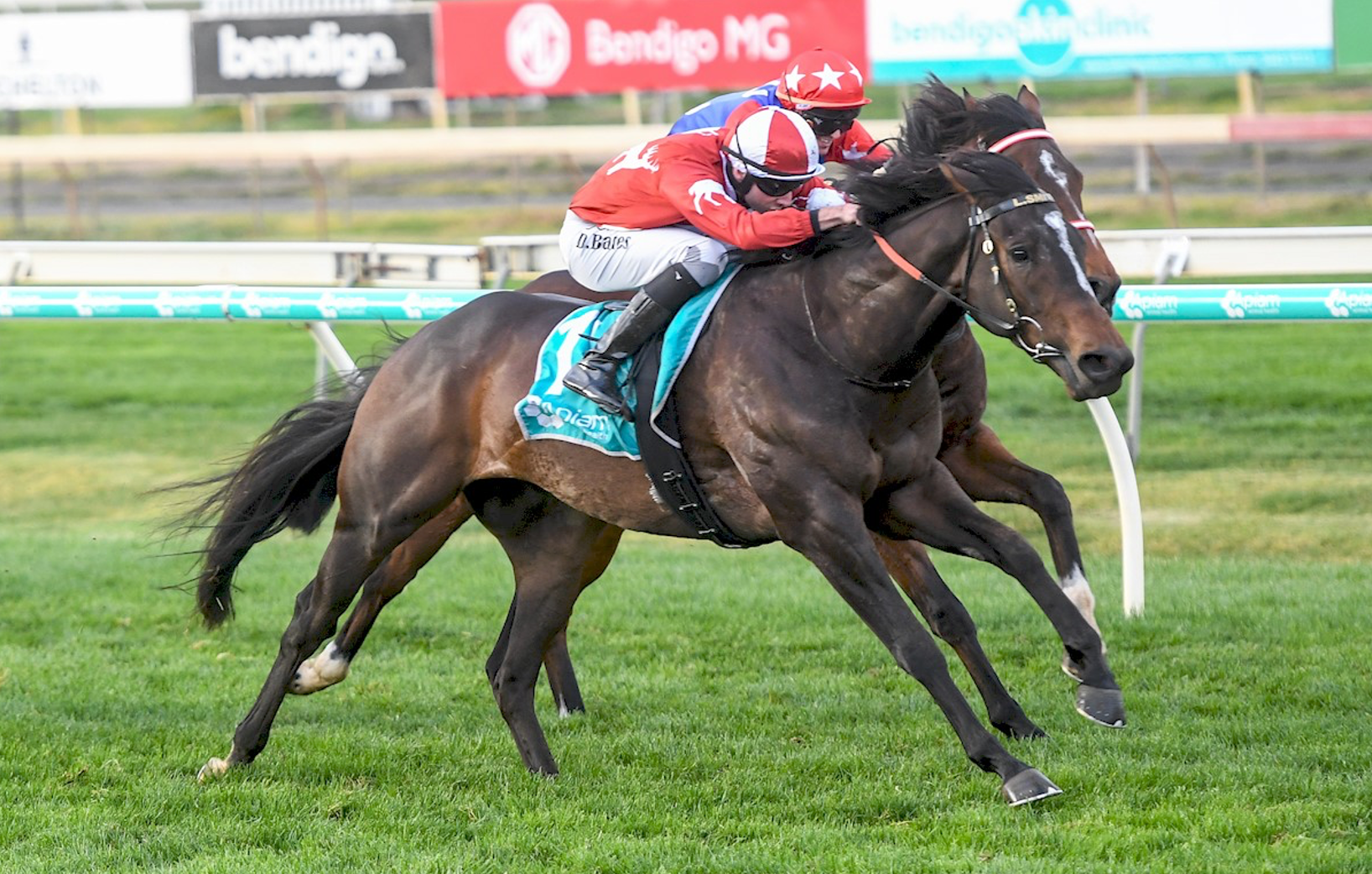 Sacred Palace, a private purchase out of New Zealand by Spicer Thoroughbreds, looks to have a very bright future in Australia after circling the field in the straight to win a Bench Mark 64 at Bendigo on July 1.

“He hasn’t had the best of luck in a handful of runs thus far, but he showed he has a great motor when he gets clear-running,” Brad Spicer said after the blistering performance.

“Credit where credit is due. After he failed to run out a strong 1300 last start, (trainer) Lindsey Smith freshened him and dropped back to 1100 metres. That was a masterstroke.”

Declan Bates rode him cold early before launching a barnstorming run down the outside to ecord an impressive win.

“We were quite happy for him to come back from the wide gate and unleash down the outside. He had to be good to win from where he was really. Hopefully the horse takes a bit of confidence from that,” Bates said.

A winner on debut at New Plymouth on New Zealand’s north island in October last year, the Bendigo triumph was Sacred Palace’s second in seven starts. The brown gelding is a son of two-time Doncaster Mile winner Sacred Falls.

Trainer Lindsey Smith will consider some races for three-year-olds in the metropolitan area in the run up to the end of the season on July 31 as good options for Sacred Palace.

The Bendigo victory triggered a run of success for Spicer Thoroughbreds and Smith. A winning hat-trick at Geelong the following day signaled the team havea big month ahead.