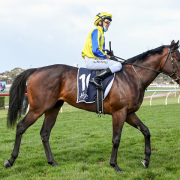 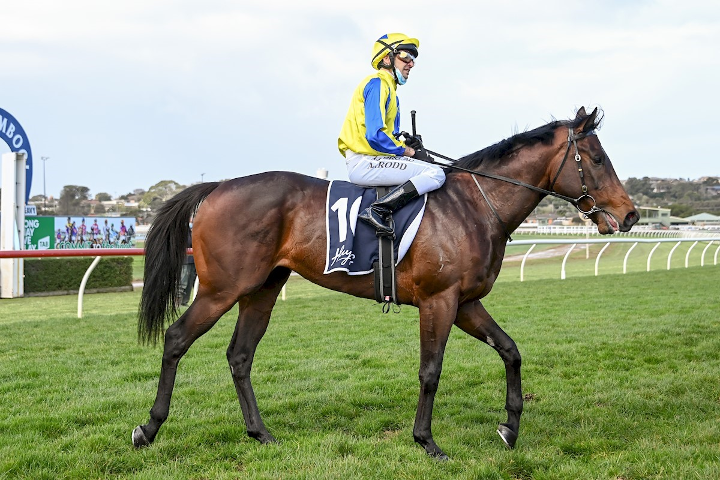 Spicer Thoroughbreds unleashed an exciting prospect at Warrnambool on Thursday and the colt did not disappoint – Tydeus winning by a space, eased down.

Sent out an odds-on favourite at his race debut, Tydeus ran up to the ability displayed in jump-outs – the most recent at Casterton where he was pushed out to run time and win by five-lengths.

Jockey Michael Rodd and trainer Lindsey Smith felt the only thing that might deny Tydeus a first-up triumph was an extremely heavy track. They needn’t have been concerned.

Despite beginning slowly, Tydeus quickly mustered speed to lead on the rail. Rodd throttled down the relaxed son of Written Tycoon after gapping his opposition by five-lengths on straightening.

The winning margin of three-and-a-half lengths flattered the beaten brigade.

“He’ll win with his ears-pricked and eased right down on the line. Winning margin is about three-lengths and I assure you it probably could have been double that,” race caller Adam Crettenden said.

Brad Spicer bought Tydeus as a yearling at the Inglis Premier sale in Melbourne for “not a lot of money”. The correct colt with good x-rays had only one thing against him and that being he was lacking size.

`However, the lovely natured, neat colt grew and blossomed into a 16.1 hands high athlete.

“He’s a nice horse and it looks like he’s got his fair share of ability doesn’t it,” Smith said in a post-race interview. Initially the trainer wants to take Tydeus through his grades and see where he lands.