RUN, RUN AS FAST AS YOU CAN – THEY CAN’T CATCH HIM … HE’S THE LADIES MAN

He had promised the world after and delivered an atlas, but this one-time morning glory may still delight his owners in the p.m. for seasons to come.

Earlier in his career, The Ladies Man shone in a jump-out at Flemington and with that expectations grew exponentially for the grey son of Zoustar. 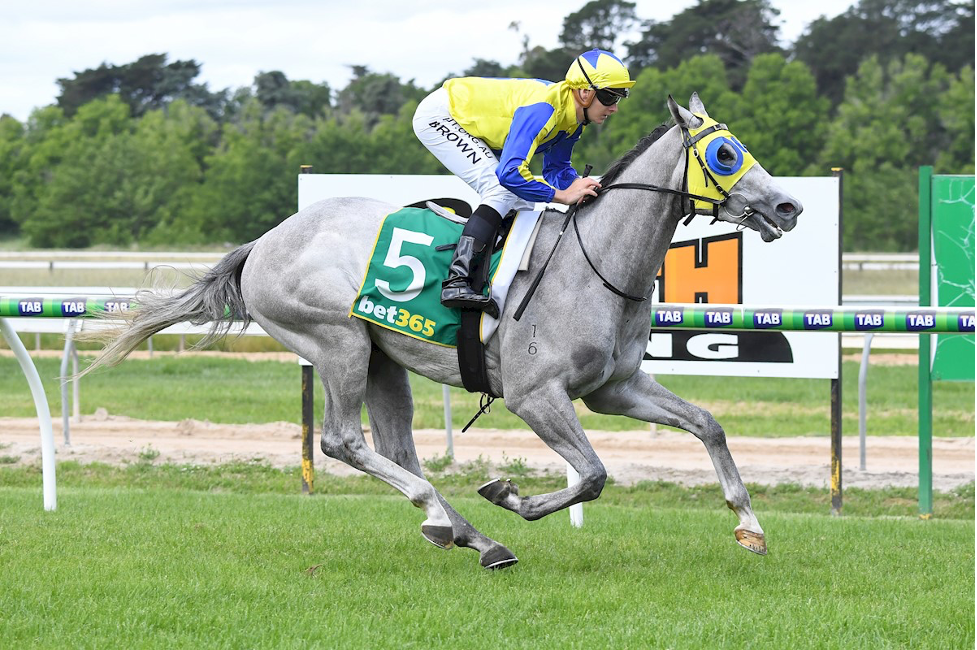 At Kyneton on November 24, almost 30 years after another grey gelding named Schillaci won his maiden at the venue – the first of 16 victories – The Ladies Man broke through for his first win at his fourth start.

“It’s been a long-time coming this win and so glad to see our grey boy salute after showing so much promise early,” Brad Spicer said.

“As a younger horse, he won a jump out at Flemington by six-lengths and was a Group horse in the making. Then he had a few little setbacks, losing form and being at the crossroads.”

The Ladies Man was moved to the beach at Warrnambool to try a different training regime and, as they say, ‘a change is as good as a holiday’.

Trainer Lindsey Smith, having had the grey for one start in his care that saw the four-year-old finish on the heels of placegetters at Hamilton, put the blinkers on The Ladies Man in a bid to get him to concentrate and they may have been the difference between winning and losing.

After racing keenly in the early stages, jockey Ethan Brown elected to roll forward and settle outside the co-leader. Some cheap middle sectional times seemed to settle The Ladies Man, who responded when challenged over the final 400m.